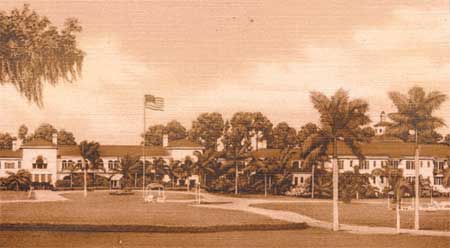 It's a story that golfers will love. It's about a hidden gem in Avon Park, Florida.

In 1926, Donald Ross, the nation's most respected and prolific golf course architect, visited Avon Park to oversee construction of his design for Pinecrest Lakes Golf Course.  Ross took full advantage of the natural flow of the site's topography. With the lovely lake, wooded areas and a minimal amount of earthmoving, done with horses, Ross created a wonderfully natural course.

The course and hotel catered to wealthy residents of the midwest, especially Chicago. The guest list included Babe Ruth, Lou Gehrig, Burns & Allen, Grover Cleveland and FDR. It is even rumored that Al Capone frequented the resort to work on his tan and his golf game. He probably appreciated the fact it was a "hidden gem."

Pinecrest and nearby Harder Hall hosted the Haig & Haig Mixed Scotch Tournament from 1959 to 1963. Virtually all the major professionals, both male and female, played  Pinecrest. The list included Arnold Palmer, Tommy Bolt, Julius Boros, Kathy Whitworth, Mickey Wright, Joanne Carner and many others

Some of them even retired to Pinecrest. Al Balding and Fred Hawkins played their daily rounds and reminisced about the old days of the tour, providing a special connection to the past. 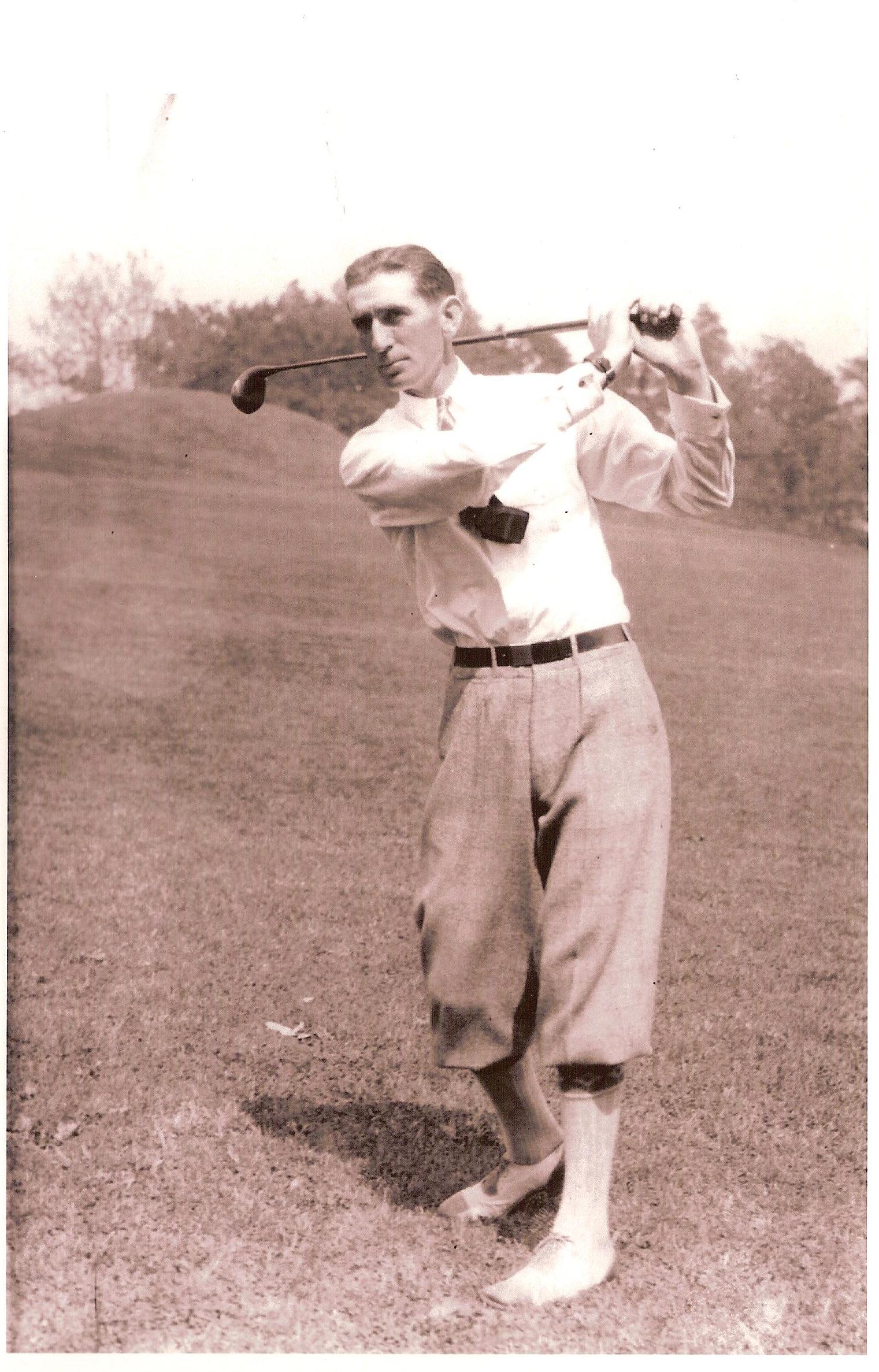 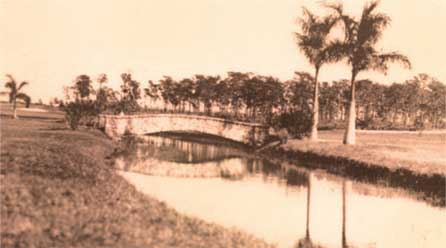 With the proliferation of modern hotels in Florida, the Pinecrest Hotel was unable to survive. It had a succession of owners and occupants, including a private school and a transcendental meditation center. Finally time and termites got the best of the grand old hotel and it was razed in 2007.

Fortunately the course itself survived. In the early 70s it was taken over by the city of Avon Park, and was later bought by the members. As a semi-private club, it is open to guest play all year round.

You'll experience a warm welcome from the staff and the members as they are proud of their club and enjoy sharing it. You might even fall in love with the course and the  area. You won't be the first one to do so. 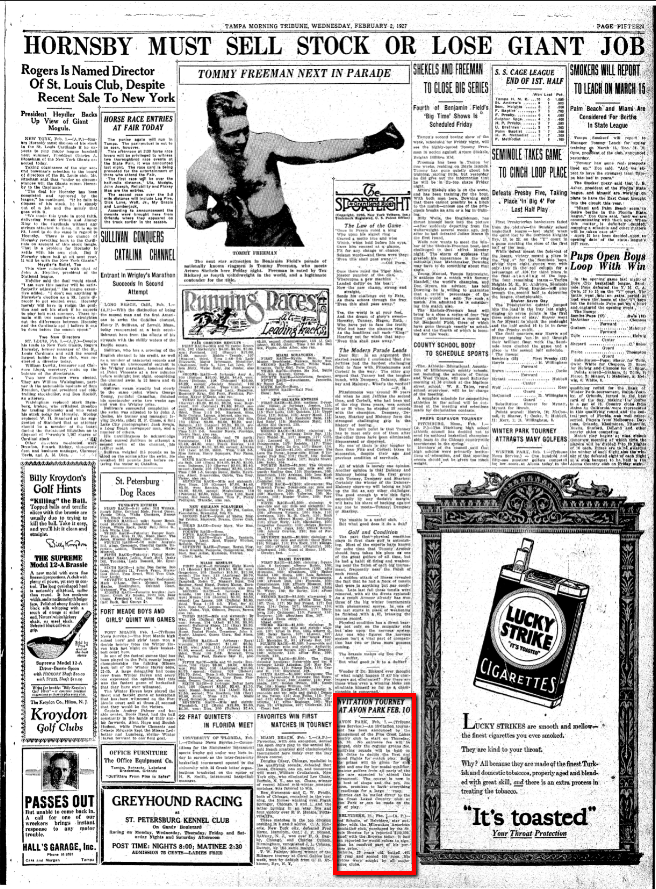 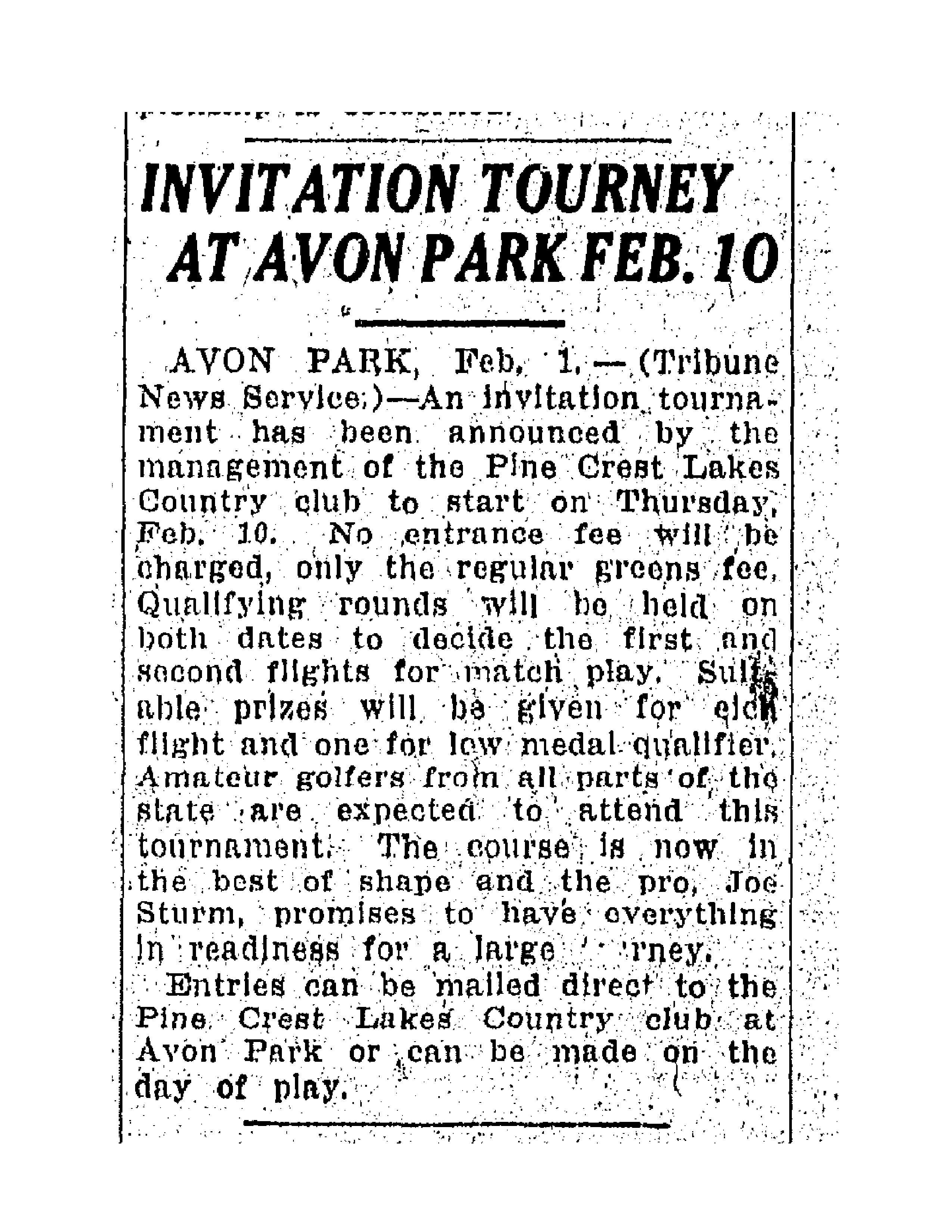